I’m giving a listen to Van Halen III for the first time since it originally came out and horribly disappointed me back in the day as a lifelong Van Halen fan.

This album came out in 1998 long after David Lee Roth left the band and less longer after Sammy Hagar left the band.  Gary Cherone, then a recent exile from Extreme the guys that gave us More Than Words, came in to take over vocal duties for the band.  On paper it looked like a match that made sense.  Cherone has pretty good range and could easily hit the notes you’d need to hit to jam along with Eddie, Alex and Mike.  Plus Extreme has some catchy songs.

What we got instead was a very bizarre mix of thoughtless and pointless jams.  It was like Van Halen tried to make a prog-rock album by making the entire thing up on the spot.  I remember listening and struggling to even find discernible riffs.

You know how Edward Van Halen is considered a revolutionary guitar player?  How he’s at the top of nearly every “Best Guitarist” list?  You’d never know it from this album.  Everything about it is forgettable and it’s pretty much bare of anything we know as “Van Halen”.

I felt especially bad for Cherone for trudging into this mess.  I picture him having a hard time trying to find a point to follow along with to write lyrics and sing to.  A Van Halen song, in the very least, should be easy to follow.  But that’s not what Van Halen III is.

Shortly after this album they parted ways with Cherone and made another comeback attempt with Hagar in 2004.  That didn’t work out.  Eventually they made another album with Roth in 2012, the surprisingly tight and heavy, A Different Kind of Truth, and are still with him today.

Let’s give a fresh listen and break it down track by track.  Why not?  It’s been almost 20 years.

Neworld (Instrumental)– Opening preamble to the album.  Mike Post, a producer on this disc and a composer of TV themes like the Law & Order series, played piano.  It’s pleasant enough but it just straight up doesn’t need to be there and doesn’t at all give any kind of indication of what’s to come.  Actually, I take that back, it vaguely sounds like the chorus to the next song.  Huh.  Whatever.  Still sucks.

Without You– The first single from the album.  Kinda catchy and chugs along in a Poundcake kind of way but mostly it’s sloppy as fuck.  What’s with the pre-chorus that has the weird vocal effect?  Eddie’s solos (he takes more than one) have a few cool moments but there’s no flow to it.  It’s just awkward.  And like a lot of songs on the album it goes about 2-3 minutes longer than it should.

One I Want– The lyrics I can make out are pretty terrible.  The song sounds like it was generated out of a stoned jam session consisting of teenagers trying Acapulco Gold for the first time.  I’ve listened to it three times now and I still have no idea what the riff is.  Pretty terrible.

From Afar– “Okay, guys, game plan…we’ll start it soft and then we’ll gradually get more boring.  I’ll start with this riff.  Then I’ll play this other riff.  Than a bunch of other shit will happen. And Gary, sing the most awkward lyrics you can imagine.”

Dirty Water Dog– “Eddie, question here…what exactly is a ‘Dirty Water Dog’?”  “A dirty water dog is a dog that’s been in water that’s dirty and…I…yeah, I dunno, just kinda yell it at the chorus.  Wherever that is.”  To it’s credit this actually kind of sounds like a song with an actual groove.  And the guitar has a cool swampy sound to it.  Overall it works a little.

Once– Opening piano riff and drum programming sounds a little bit like I’ll Wait.  Actually pretty good.  Gary does a great falsetto.  Sadly, though, falsetto is probably the least required Van Halen vocal skill.  Eddie does some nice soloing too.  Credit where it’s due, I think this one actually works overall.

Fire in the Hole– Pretty decent opening riff and a kicking groove.  Way more coherant than the other singles.  Also, random Wiki fact, this is one of only 3 tracks that bassist Micheal Anthony plays bass on.  I mean not that you can particularly tell.

Josephina– Starts out as some weirdass acoustic song.  Kind of waltzy and Beatles-esque?  Oof.  Not a good sound for Van Halen.  They’re a long way away from Panama with this one.  “Pigtails and painted toes, all dressed up in her mother’s clothes”.  Oh fuck this is bad.

Year to the Day– Opens with clean guitar and Gary’s falsetto.  Another weird ballad like the last one.  Picture ‘While My Guitar Gentle Weeps’ if it was totally awful and boring.  I can see, from the last couple songs, how Sammy would hear Eddie’s new stuff and say “Feets, don’t fail me now” and get the H out of Dodge.  It does have a bad ass screamy chorus, though.  “A year to the daaaaaaaaay…since you went awaaaaaaayyyy”.  So that’s something.  Then it goes on for nearly 9 minutes and you start staring at your phone.

Primary (Instrumental)– Random guitar solo track.  A Van Halen staple.  Awesome weird, somewhat bluesy slide sound to it too.  I’ll take it.  It leads right into the next one too.  Another Van Halen staple.

Ballot or the Bullet– Starts fast and then SORTA sounds like ‘House of Pain’ from 1984.  Similar groove anyway.  But with political lyrics.  Probably not something you’d want to hear in a Van Halen song.  Plus the chorus is pretty terrible.  Can we go back to that weird slide guitar?

How Many Say I– Eddie plays piano and sings lead on this one for some reason.  He’s not a good singer.  The intro is kind of nice, though.  Then the actual song starts and it’s just so weird and laughable. “How Many Say I” is just a bizarre turn of phrase too.  What does it mean?  What does any of it mean?  How did the band I loved as a pre-teen turn into THIS? This was most certainly weed induced.  I feel bad for the string section that’s in this for whatever reason.

So yeah, overall, still not good.  But with a couple decent moments.

If you guys need me I’ll be cleansing the palate with Women and Children First. 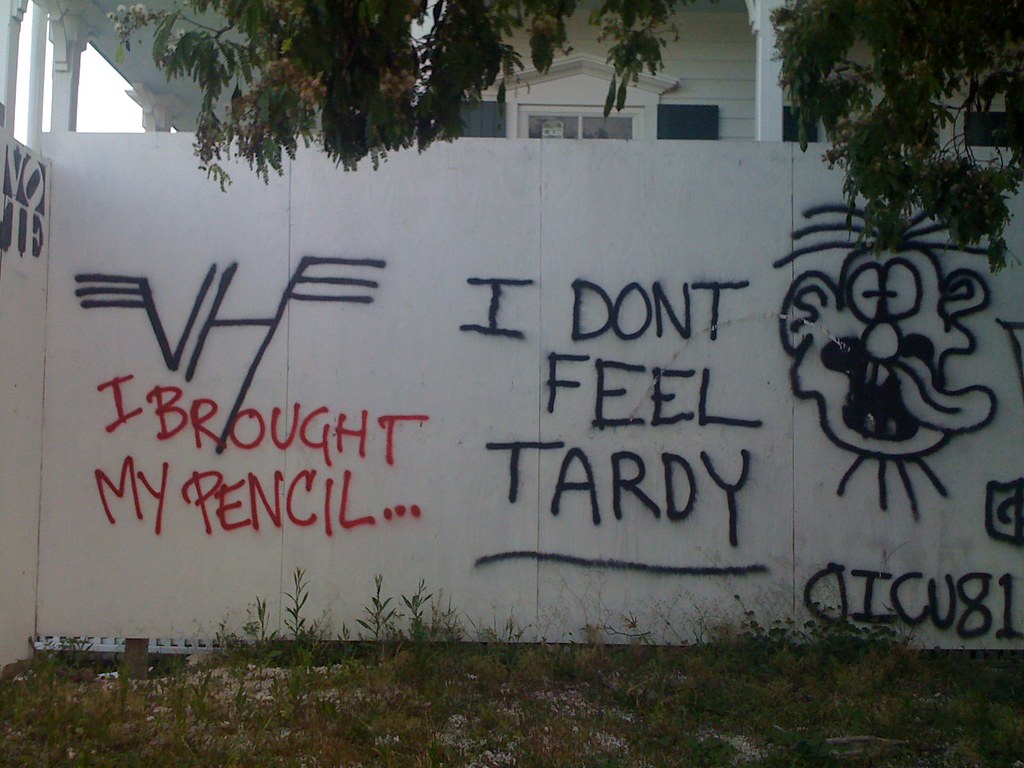